I love to sing.  Whether I am in a group, in a choir, rehearsing on my own or performing in front of an audience – I am happy when I sing.  To sing is the quickest and easiest route for me to a state of peace and calm. 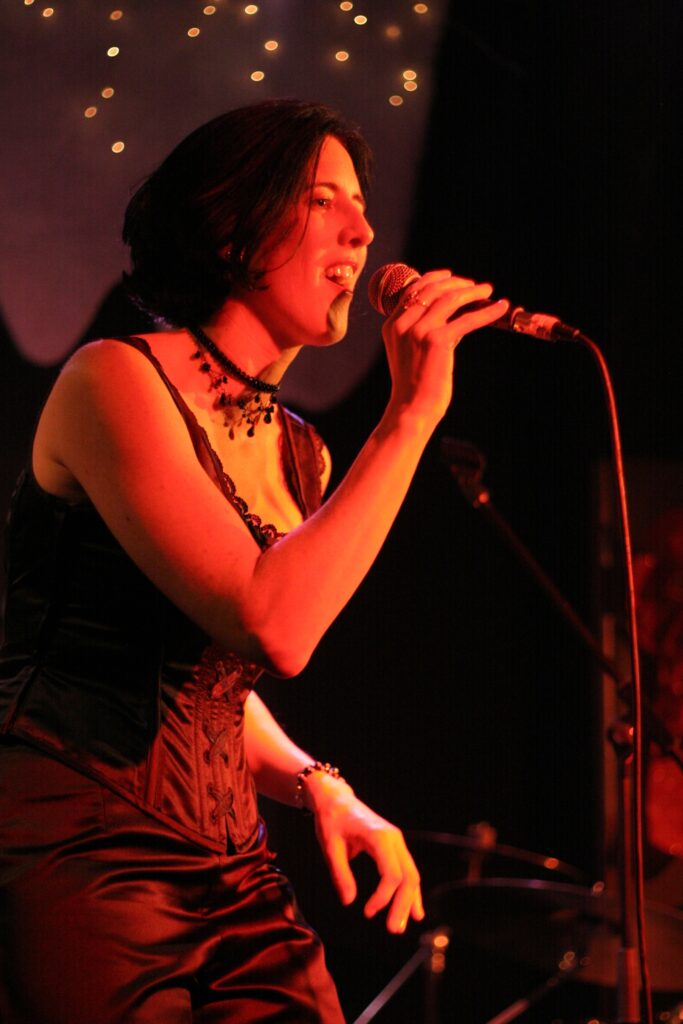 I sang in the citizens’ chorus of The Suppliant Women which opened Dublin Theatre Festival (2017) at the Gaiety Theatre.

I have a first-class honours MA from the Irish World Academy of Music and Dance.

I began writing my own music in 2013 and I have since performed my own songs at Young Heart’s Run Free (in a line-up with Donal Lunny), at the Workman’s Club, the Back Page and with Mothers Artists Makers (MAM) at Árus an Phiarsaigh for Nollag na mBan, The MAM Behind the Mic at Smock Alley Theatre and at Project Arts Centre for International Women’s Day.

I am an organiser and performer at MAM salons where artists share new work in a supportive environment and a regular contributor to The Songwriting Collective, where singers share new original music.

I released by debut EP in May 2021 and was delighted to share this selection of songs at First Fortnight’s Cistin. I am currently working on my debut album The Díva and the Doormat. Stay tuned!